[Bridge: Tech N9ne]
Who's this opp tryna lose his thoughts?
Not Alzheimer's but y'all mind us when the tool gets popped
And all kinda dudes get dropped when they choose this plot
You just watch what I heard when the music stopped

[Verse 1: Merkules]
Got this fully automatic causing static- everybody just get on the floor
Anything goes, no foolery- give us your jewelry, wallets, and give us the dough
This ain't a hoe, I'm ready for war
I'ma settle the score and then spliff through the door
All of these women are tripping- I think they been sniffing up coke, bring me the blow
I'ma need all y'all phones out now- you can set 'em all down right in front of you
For my accomplice, if y'all pop shit, then you getting hit up with a slug or two
Bullets'll body you, that's what this gun'll do
If any one of you think you can f*cking move
This shit ain't funny, just give up the money
And if you get lucky, my buddy'll cut you loose
Ask that freak slut with the D-cups so she's hiding up under her titties
It looks like a key to a safe, I ain't leaving this place till we find it, the shit's getting litty
I feel no pity, sin city, my trigger finger be getting so itchy
She better give up the code or get hit up fo' sho'- and no, I don't think that you're pretty
Oh that's yo girl on the floor, girl?
Keep talking shit, there'll be no girl
What can I say? I don't come here to play
f*ck you to your face, it's a cold world
Tell this DJ not to be brave, or I'm taking his tables for keeps sake
Y'all keep playing but I eat cake like everyday's my b-day
This the part I let you know that there's a twist in this plot
To stick up this hop but the truth is I ain't pissed off at yo'
I figured I'd just take your shit when I'm here, so thanks guys
But where this millionaire rapper dude at named Tech N9ne

[Verse 2: Scru Face Jean]
Hallelujah, Tech called the shooter, I got the Ruger
So drop the Luger, my dragon's flames is hot as Koopas
This how I'ma do ya, move and you f*cked like the Kamasutra
Stand aside you losers, if it's smoke, I provide the hookah
I know grimy boosters who push away like some kind of movers
Call they might remove ya so move unless you kinda stupid Then touch my G, you die, and don't try it, don't test this kind of movement
Get to street fighting, the heat fire like nine Hadouken's
Like Ryu and Ken- okay, motherf*cker, time to meet your end
Bet that he froze when the heat blow, nigga eat those
Reload then I heat yo' friends- f*ck your ego, man
Get the heater, I'm about to search this bitch for Tecca N9na
Call the cops, shit is getting hella lethal
With the chalk edges sketching hella people
The red dot's looking like a set of measles
Deadshot like a zombie getting needles
Hell nah, I ain't 'bout to ever leave you
Less talk, Tech I'm 'bout to get this weasel
Sounds hella evil but those types of people
When there something wrong with they brain
I'm just tryna make sure my nigga leave in the same way that he came

[Verse 3: Tech N9ne]
Let's get the f*ck on
My nigga proceeded to bust chrome
When the dust gone
Never tripping 'cause nothing was crushed on
Now the cut flown till he touch home
But these fools wanna squeeze tools
But we speed through what they feed too
The B dude with the cheese move
So they greet gruel tryna seek food
Chose N9na for the dinner date
Tryna get away from the heat, we switching lanes on the interstate
Clout-chasing ass motherf*ckers wanna take my name and break my fame
Wanna be funny because I make my chains and then state my claim
When I hate, try game, I'ma be killing 'em when I take my aim
Pass me that so I can end the energy trying to hinder
When the punks approach a nigga fend off
Fin ta buss on demons out the window, injure any demon, I'ma beast 'em
This what I do and decease 'em
They better flee from killers, no weak ones
Attitude 'cause I never got a threesome
By the power of my dead niggas, take lead nigga! (Die!)
Never stop me when the bullets fly!
No matter how hard you try!
f*cking weaklings felt the real fire my heat brings
They flipped over the guard rail and wrapped around the concrete T-beam

[Outro: Tech N9ne, Scru Face Jean, Both]
Sanctuary
Looked at my homeboy driving and said, "Thank you very much for coming through in the clutch
They better be glad we didn't face off and then catch two in the gut" (What!- Ha ha ha ha ha ha)
Man that was a close call
Sweating so much, I got soaked drawers (Yeah)
I was finna do both of them bitches, but they both stalled
Saying they wanted a thrizzy with Tech Nizzie?
Was a hoax, dog (That's f*cked up)
f*ck it, I got about 60 rolls still
And this pound of f*cking dough's ill
Happy Halloween, my nigga!
We supreme, my nigga!
We running things, my ni- oh, shit!
Explain lyrics
Correct lyrics 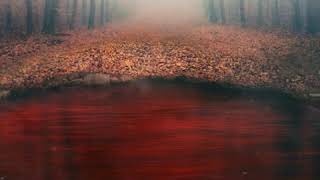