[Chorus]
I'm in the drift with new bae and I push new waves (Ayy)
I don't want your ass 'cause these dudes all the same (Boy)
Two cell phones and I hear the same thing (Money)
Only thing I love is my money and my chain (Ice, ice)
I'ma come through, shake it up, make it rain (Ayy, ayy)
Hurricane Tay and I'm traveling the states (Tay)
I don't know where I ain't, yeah I'm doing what you can't (Tay)
Dinner in his face, he call this a dinner date (Money)

[Verse 1]
Kinda famous on the player
You want Tay Money or Taylor?
I'ma finger roll that lay-up
Why you talking? Bitch you made up
When they see me, lift that gate up
That's when you became a hater
Let him chew it now and later
Yeah, I'm hungover in Vegas
You late to your job at Payless
Talking shit, bitch, just say less
We both know you get paid less
We both know you ain't make it
On your playlist, you can't play this
It ain't Money, I don't say shit (Tay)
(Motherf*ckin', ayy, motherf*ckin' Money) [Refrain]
All my bitches money, all my bitches money
All my bitches money, you ain't f*cking with my money (Tay)

[Verse 2]
Wanna level up, well learn to stay lowkey
Crown and Coke my dressing room, sorry it's smoky (Girl)
Ask me how I do it, I don't know, they chose me (Ayy)
Slidin' in that bitch, goin' faster than you think (Skrrt, skrrt)
In that mink, what you mean?
Get off me, get on your feet (Ayy, ayy)
I get paid two times a week
You get paid one time, two week (Ayy)
First I'm sour, then I'm sweet
Rapper of the week, every week (Ayy)
Play me, I'ma sweep
From the D, we play for keeps (Ayy)
Do the leech, he a creep (Oh)
Get off me, get on your feet (Yeah yeah)
Get your own cash, get your own cheese (Yeah yeah)
Smokin' gas, 93
93, ayy, yeah that gasoline, ayy
Born in '93, catching flights every week
Bars ain't free, c-c-candy paint pink
Change the color on my feet, makin' hits in my sleep
Who your bitch wanna be? 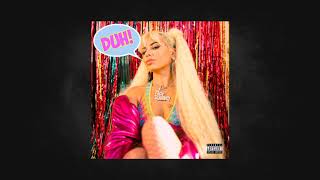