[Dave Chappelle:]
All my life all I wanted to do was be great
If the stakes are everything, you'll tell yourself anything you need to hear to survive
Everything I say is the truth and that's a lie
And that's the motherf*cking truth

[T.I.:]
Hmm, remember all I ever wanted was a gold chain and a ride worth 400 plus
Revenge paid to anybody who dishonor us
I'm sensei to them young niggas under us
Been a made man, look what I done made, man is you kiddin'?
When trap nigga needed a way, who did it?
Every song I gave you had some truth in it
Givin' you the pudding, look at it, the proof in it
Went from servin' junkies in hoopties to new Bentley
These suckas just be jumpin' through hoops and they too friendly
That's why I don't politic they said
They all cool it just that I don't f*ck with' nigga much
The chain numbers ain't no need for us to keep in touch
We want fame and we'll be tryna hit them niggas up
I'm stand off, I swear I walk in rooms, be listenin' to y'all talkin'
See that you ain't talkin' 'bout shit and I start walkin'
Hey, cause I ain't here to waste time
Don't wanna put energy in no lame nigga
I don't want no lame nigga takin' mine
But you wanna ball, I could show you how
You like a broad? I could teach you how to turn her out
Show you how to buy 'em low and sell 'em high
But don't assume that it's all that I know about
A made me, a D and D, that's while I raise kid
I got married and f*cked it up, that what fame did
Marriage counselor tell me focus on what the pain did
To busy focusin', tryna do what Jay and Dame did
I'm on a path; I got a purpose, to reach a destination
And either you helpin' me get to it or you in the way

[Sam Hook:]
Hope they wasn't lyin' when they said it all comes back around, baby
Stuck up here, tryin' to let you go but it's such a long way down
But if it's still a Winter, Spring, Summer, Fall, well I'm still breathin' If there's something I can say before you finish leavin'
And if everything still happens for a reason, maybe you come back around just like the seasons
Like the seasons

[T.I.:]
I'm so extreme, never been a man of moderation
See, subtlety just ain't my cup of tea
Don't want my grass green, I want the lobby decorated
And last thing I need somebody sayin' I never make it
Don't give a damn, you can catch me with whoever naked
Still some forms of disrespect, I ain't gon' never take it
Even with my vocabulary, can't explain it
I'm sorry what you thought I was, I just ain't there
Get it why you say I ain't shit, big will keep rollin' though
Holdin' up the block, doin' such and such with so and so
Que sera, sera
Cure it with a hundred million party like it's Marti Gras
Got some bad Latino with' me, they some laddi daddi das
See, you said they be hatin', I say send 'em my regards
Bury it under T and A, I call that R&R
Tryna get some stripes on me, that's how you start a war
I been practicin' my reaction to niggas come with stupid shit
f*ck out my face, man, the conversation over with
Done talkin'
Was that-was that good, for real?

[Sam Hook:]
Hope they wasn't lyin' when they said it all comes back around, baby
Stuck up here and tryin' to let you go but it's such a long way down
But if it's still a Winter, Spring, Summer, Fall, well I'm still breathin'
If there's something I can say before you finish leavin'
And if everything still happens for a reason, maybe you come back around just like the seasons
Like the seasons 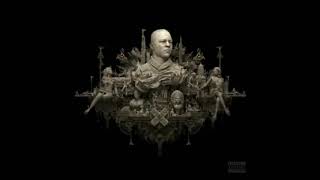