[Verse 1: Sy Ari Da Kid]
The rule breaker, don't f*ck with me
In the HOV lane with no one with me
But what you doing asking what I'm doing tonight?
Well the last thing I'm doing is using advice
On both north sides, yeah you know it's two of 'em, right?
And only you can come between you and the mic
And only you can come between you and your vice
And if you wasn't wrong then who wasn't right?
I mean whenever I'm wrong I'm usually right
I mean I grew up fightin' my own niggas
Few years not likin' my own sister
You on the gram just likin' your own pictures
You unlike 'em just to like 'em again
You can't out right me when I right what's within
Despite without a pen, despite without friends
Despite I do this shit out of spite to get a win
If Charlamagne don't tweet about it, it ain't a go
If Joe Budden don't say it's hot, it ain't dope
If Akademiks don't gossip 'bout it up in his post
Niggas can't get paid for a show, it's cold and you know it
My pops used to have to heat up the vehicle a hour before he drove it
Is you focused? yeah I'm focused
On not being around niggas that ain't focused, facts
It's hard to get prepared when mama Dashay going through liver failure
And a day one nigga tell you that he livin' in his vehicle
With his moms and they both prayin' on a miracle
And you love 'em both and his pops just passed, see
And if you ask me, even though you helped before
You feel if you keep givin' you'll be livin' in the backseat
Just know I love you my nigga, I wish you peace Ain't gon' say your name, ain't gon' put your business in the streets
My nigga Lou got a seed comin', just hit me up if the lil' one ever need somethin'
The feeling when you signed but you still feel independent
Label ain't support my tour, I ain't trippin'
In this game, the crown is earned, it ain't given
I still rather burn incense than burn bridges
Y'all don't get it, yeah

[Verse 2: Quentin Miller]
North east north west connect, you've been blessed
Rack up, stack up, invest, them the steps
I used to value the hype 'til I was in it
f*ck that, f*ck rap, handle ya business
E'ything ain't gold just 'cus it glitters
Especially in this industry
I wish Heaven on all my enemies
I'm tryin' to keep my karma and my image clean
Eldest daughter got a year 'fore she hit her teens
Gotta show her different things
Pressure buildin', I could feel it, it's like
Clock's tickin' on my fourteenth minute
Dirt on my name, how'd I get in this mess?
Word travels like too many steps, hol' up
Kept my mouth closed for the quote unquote bros
Still stuck to the code, might've sold game but I never sold soul
Finally set goals, SZA with the control
Tried to write me off for good, lo and behold
I'm on the board like Monopoly dice, slow your roll
Hard work, nothin' came quick
I was in the trench 'fore I rode the bench
Got some playin' time, fought for every inch
He been Willie Beamen ever since, what's up
Yeah 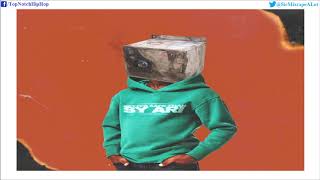