Self Abuse Help Produce Black Magic Deeply Depressed Im The Best Thats Tragic
You dont really wanna get me all fired up...

It goes: Red Bull and vodka
Im a psycho like chopper
Glorify the gangster whether handcuffed or locked up
Drink Pepsi-Cola same friends still rolling
Still Swollen, only difference is the heat that Im holding
You dont really wanna get me all fired up
You'll be the one that ends up with his mouth wired shut
High voltage cause power outages
Set a bad example for the youth
How bout it kids
Madchild's starting an army who wanna join it
Warriors raise your fists if you enjoying it
Soldiers of fortune, chainsaw massacre
Brain react fast when a maniacs after you
Guilt stirs in the silence of my room,
Cant hold back with god, still sin follows through
Black jack, fire arms, foreign cars, trying hard,
Forest fires, horrified, war cries, iron bars

The dark arts, incantations and spell craft,
Circles and stars the same fury that hell hath.

De humani corporis fabrica
The structure of the human body, welcome to Gattaca
Twin girls in the hallway, elevators of blood, Spin words like spider's silk burn when the fires built
Doves fly, straight from the hands of a replicant,
Run the blade futuristic cities of the heaven sent
I'm home melted chrome and twisted metal,
Surrealist literature from the seamless vessel
The dark arts incantations and spell craft circles and stars
The same fury that hell hath
Feathers of an Osprey, leather glove of the falconeer,
Treasure chests of gold, tales told then you all come near
Photons and gammas, rays and beams
Sailed with Jason and the Argonauts in ancient leagues
The lords of the hidden world séance and candlelight,
Connections to spirits that dance in the afterlife

Contortionists, swallowers of knives and fire-eaters,
Nonconformist performers that wont change
And I wont either.
I can see the future like Nostradamus,
A bridge over troubled waters
Something wicked this way comes.
The scythe and the hour glass in a capsule of morphine
Drag chains around the castle grounds
Dressed in darker clothing
Pit and the pendulum, serpent and the rainbow,
My lineage the arrow, my bloodline the crossbow 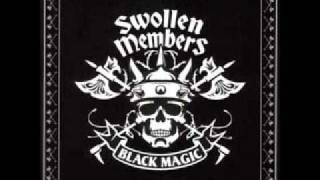