Oh my god, it's CashBently

[Verse]
Yeah, ain't getting no money, boy, you in a drought, yeah
Got big FN's better watch your mouth (Watch your mouth)
I bought her Hermes ,you bought her a blouse
You ain't got no money, you sleep on a couch, oh yeah, woah
Hopped in a Trackhawk, did the dash (Push start)
Still talking that shit I'm on your ass, on your ass, boy, woah
Just heard your shit that shit was trash (Shit was trash)
Ain't worried 'bout you I'm in first class (Oh yeah, yeah)
Perc got me itching like I got a rash (Oh yeah, yeah)
She wanna suck me, she so nasty (Oh yeah, yeah)
New bitch from LA, she so classy (Let's go, woah)
I flew her out she f*ck me nasty (Let's go, yeah)
Flashing 'em hunnids, I'm so f*cking flashy (Yeah, woah)
Know you in a Honda you can't catch me (You can't catch me, woah)
I just walked in Saks and bought a new mink
New bracelet came from Louis V (Woah, came from Louis V, yeah)
I just got a check and blew it all on me (Blew it all on me, yeah)
Walked up in the club she threw it all on me (Threw it all on me, woah)
If I take you Chanel, could you keep it lowkey (Could you keep it lowkey, woah, woah)
'Cause I don't want my bitch getting mad at me
I just talked to Satan he said I need a Hublot (Yeah)
I just walked up in the bank and pulled out a huge roll (Yeah, woah)
Try to play with me, gang gon step on you, bro (Yeah, woah, woah)
She just suck me so damn good I let her play with the rose (Let her play with it, yeah)
These niggas so damn lame they ain't nothing but a troll (Nothing but a troll) She gon suck that dick 'cause she ain't nothing but a pro (Oh yeah, yeah)
Mixing Helmut Lang with the f*cking Louis loafs (These Louis loafs, yeah)
Say you having bread, f*cking prove it to me, bro
She know I wanna f*ck she on the same damn thing (She on the same damn thing, woah)
Have you ever sipped lean on a f*cking plane? (On a f*cking plane, woah)
I just bought a rang 'cause I'm married to my chain (And my chains Louis, woah)
Say, lil nigga I know you ain't bought that shit you claim (No, woah)
I just blew a bag now I'm tryna f*ck my lotto (Oh yeah, yeah)
Paint a picture on her face, Rino Picasso (Oh yeah, woah)
Walked up in Barneys feel like I hit the lotto (Lotto, yeah)
Bitch, I'm off a perc I ain't sippin' no Moscoto (Moscoto, woah)
Came threw drippin' on these niggas (Drippin')
Get back, shoota trigger finger itchin' (Woah, woah)
Can't f*ck with you, lil bitch, 'cause I'm on a mission (On a mission, yeah)
Oh, you counting racks, but you doing dishes (Doing dishes, yeah)
I just got two wishes (Two wishes, woah)
Count racks, shit on my ex bitches (Ex bitches, woah)
My shoota trained he ain't never f*cking missing (Never missing, yeah)
Hell nah we can't kick it (We can't kick it)

[Outro]
Ain't getting no money, boy, you in a drought, yeah
Got big FN's better watch your mouth
I bought her Hermes you bought her a blouse
You ain't got no money you sleep on a couch
Oh my god, it's Cash Bentley
Explain lyrics
Correct lyrics 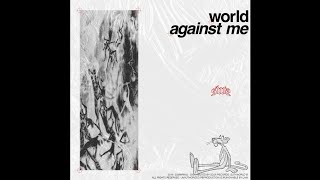