To It And At It Lyrics

Total views: 0 times this weekAlbum: To It and At It / Original Release Date: 1973Genre: CountrySong Duration: 2 min 29 sec

To It And At It Lyrics


There's a rainbow in Toronto where the maritimers are bold
They always get a potfull-but they never get a pot of gold
Chorus:
But they're to it and at it at it and to it-
Ya gotta tune your attitude in
If ya don't get at it when ya get to it -
Ya won't get to it to get at it againx2
A guy from old New Brunswick He couldn't even pay his rent
We don't know how he travelled But we all know where he went
He was-
Chorus:
A girl from old spud Island-Old Potato lips
She married a Newfoundlander and they lived on Fish and Chips But they were-
Chorus:
A guy from Nova Scotia, He can't afford the train-
He's sittin on a streetcar, but he's eastbound just the same
He's-
Chorus:
A Frenchman from the Gaspe said "Frogs don't like smog!"
So he hopped in a swamp of lilies where he lives in a hollow log...
But he's-
Chorus:
A guy from old Cape Breton, so lonesome he got stoned
He crawled into a suitcase, and somebody mailed him home.
But he's-
Chorus:Repeat, end
Explain lyrics
Correct lyrics 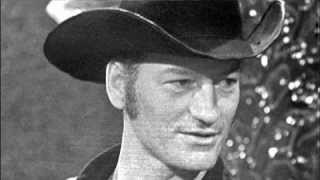 check amazon for To It And At It mp3 download
browse other artists under S:S2S3S4S5S6S7S8S9S10S11S12S13
Songwriter(s): stompin' tom connors
Record Label(s): 1973 Stompin Tom Limited
Official lyrics by

Rate To It And At It by Stompin' Tom Connors (current rating: N/A)
12345678910
Meaning to "To It And At It" song lyrics
Watch Video Comment Enlarge font Correct lyrics Print lyrics