You might think its goofie, but the man in the moon is a Newfie
And he's sailin on to glory, away in the golden dory....x2
Codfish Dan from Newfoundland he dreamt that he had tree wishes
And he took mars and all the stars and he turned them into big fishes
He said the sky was much too dry and he made a wavy motion
And the moon like a boat began to float upon the starry ocean
Chorus:
And you might think its goofy...
One night he strayed to the milky way to cast his nets upon it
He spied the tail of a great big whale and he harpooned Haleys comet He never had a pot for the fish that he caught so he had to use the big dipper
And the sun by jove was a very good stove for cookin up smelts and kippers
Chorus:
Now the northern lights that seem so bright like nothin could be grander
Well they're just waves that the moon-boat made by the Newfoundland Commander!
And don't you sigh and say oh my "What gross exagerration!"
Cause he'll tell you the dream was true when Codfish Dan awakens
Chorus:
And you might think its goofy but the man in the moon is a Newfie....
Twice and then end...
Explain lyrics
Correct lyrics 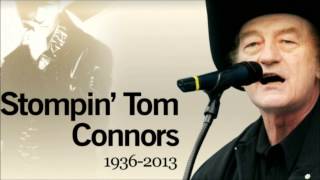