They've plowed, they've sown, they've harrowed him in
Threw clods upon his head
And these three men made a solemn vow
John Barleycorn was dead

They've hired men with their sharp pitchforks Who've pricked him to the heart
And the loader, he has served him worse than that
For he's bound him to the cart

They've hired men with their crab tree sticks
To cut him skin from bone
And the miller, he has served him worse than that
For he's ground him between two stones 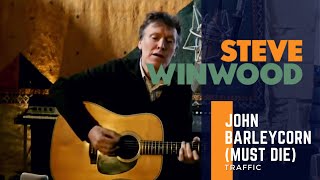