[Spoken Samples]
"Don't forget what circus day means to a small town"
[?]
"Children of all ages"
"Your attention please"

Well, let's roast some weenies, Jumpy said
But he was just crackin' wise
I smelled the smoke and I smelled the dead
And I watched the dragonflies dive at the tiger shed
They circled us like scavengers overhead

[Chorus 1]
What will the juggler do, the night is so lonely
She never learned to read or write in school
Charred costumes in fumes on the ground
Music man's head hangin' down
The fire consumes his piano like a hungry jewel

Thalidomide boy's not weeping
The bearded lady sheds her skin
They bite the hand that feeds them
We might be laughing, but they're smackin' the clowns

[Verse 2]
Well, the circus caught on fire
The canvas cavin' in
The big top like an elephant whose bones
Could not support the skin
And the faceless mass, the working class, broke down and cried a little more

Well, me and Jumpy were kids
We'd never learn
No money, no tickets, so whenever their backs were turned
We'd dive down–dive belly down
Cut and cross, safe on that sawdust floor

[Chorus 2]
Disaster's unflattering plight, stark faces, starless sight
The beauty of the night has disappeared
Wrinkled with mileage, racked with the sores
No time for the makeup man the famished fire roars The line between illusion is scarred and smeared

Sideshow pinhead blows his whistle
The two-headed dog breaks down the bars
They attack the puppet master
We might be laughing, but they're smackin' the clowns

[Bridge]
In all of the confusion I felt selfish and bitter
We all have to grow up but why her, why now
These fearless performers, now just pitiful people
Afraid and ashamed and all asking how

[Chorus 3]
Sometimes I remember that town, I still see it burning
Before they built this booze-bottle parking lot
Whatever happened to that traveling show
It took something out of me, nobody knows
And left me with my memories–that's all I've got

Thalidomide boy's not weeping
The bearded lady sheds her skin
They bite the hand that feeds them
We might be laughing, but they're smackin' the clowns 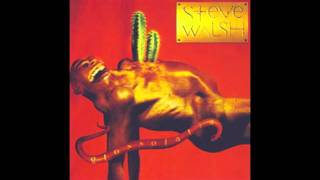