I hadn't thought about mrs. morgan for years, until I read in the paper
That she had died. when I was a boy, mrs. morgan played solo with my
Mother every tuesday afternoon. there were two other women there, but
I can't remember their names anymore. monkey, magda, something like that.

Mrs. morgan collected opals. her husband ted owned a circus, which kept
Him away and out of the picture most of the time. I'd come home from
School and the women would be hard at the cards. I liked mrs. morgan, she Always had a little chip of opal for me, and said that I should save it
For a sweetheart. I came home one day and mrs. morgan was crying in our kitchen.
My mother told me to leave them alone. I learned later that a boy from the
Circus had fallen and died. he used to ride the trapeze. mr. morgan went out
Of business and they moved away. I've still got the opals.

It's funny how someone you've never met manages to stay with you.
Explain lyrics
Correct lyrics 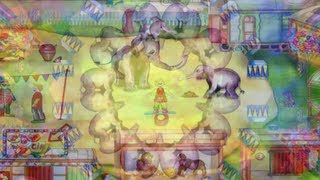