Working in a graveyard on a skeleton crew
Everyday above ground, is just too good to be true
Living in uncertainty is such a reality
It take nothing for granted, you got no secrets to keep
You just watch for hidden motives, reading right between the lines
The horizon keeps expanding by a thin blue line

Standing at the crossroads where the middle meets the ends
And I'm hope six ways to Sunday, by some long lost friends
And I thought I heard the river that runs right through my past
I hollered which way are you going, I heard I thought you'd never ask I'm a voice of wind and water, a man of flesh and bone
I was right next to the river, together and alone
Sometimes you glimpse the truth when it's long gone
Dogs may bark but the caravan moves along

I stumbled drunk upon a side street without a clue, without a care
I saw the wind move on the water just enough to know it's there
And I felt my world was slipping and my knees went weak
And I might as well let the stars are floating all around my feet 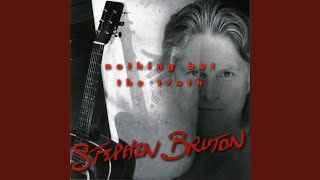