Solarium malaria lookin' for the stereo.
Wanted to save being excommunicated from the area. A it's ok.
In the city she said he cut a cord of wood,
No bigger than thimble but still plenty good. A it's ok.

'Cause it's just a bump on a rash of robberies.
On account of the world economy that's makin' us sick.
Go get the man who said he's on to me,
He thinks we're in the kitchen with our sticks.
But he don't know that Paris is burnin' down,
You'd never know it in this town.
The governor's walkin' around like he's got tricks for you.

Catch as Casius never become the killing machine.
Run him over ruff shod 'til he bleeds army green out.
So devout to the saint that lost his seat he never seen,
Semi-automatic rosary out devout.

'Cause it's just a bump on a rash of robberies.
In a world too sad for Solomon we just sit.
I'll watch your economy,
I'll tell you when the police have it fixed.
Paris is burnin' down,
You'd never know it in this town.
The governor's walkin' around like he's got tricks for you.

So take a minute to laugh it over,
We'll make sure it's all true,
Just like she said,
Behind the barn last December eve.

Baby falls 40 feet caught by a street cleaner coming home from the union hall,
He saw the fall. A it's ok.
JP Sousa found a radio, a radio.
Sousa found a place to go,
A radio in his head that said.
It's just a bump on a rash of robberies,
An old sand lot anomaly that's savin' this day.
In a world too sad for sodomy
We're just sitting in the kitchen with our stray.
But Paris is burnin' down,
Governors are walkin' around,
We'll make sure that they do right by you.

So you think you might go to Beatrice,
Even though the letter was never found.
Maybe it will come tomorrow noon.
She is askin' her fallen saint to
Please return her straitlaced fighter
Who don't know who she is, he don't know who she is.
Where are you my sweet Desmond Doss,
Have you softly gone to winter?
Here I've brought you your two two dollar bills back.
But I'm not waiting for sweet Eliza.
She can have her water colors back,
I found them on last December eve.
You look strangely quite so familiar,
The way you talk of suppertime but I don't know who she is,
Don't know who she is.
And you, you bring this beloved stranger.
At the foot of this pile on Gideon's bed,
She gave me a needlepoint motorbike.

So go and take this to sweet Eliza,
It was written and gently given to
The courier pending arrival soon.
Could you hold me just one more older
Then I'll go as your fallen fighter
Waiting at the door, can't see you any more?

Here my dear a sweet Nostrovia,
In a letter sent to December,
I will wait for you to just humble me home. 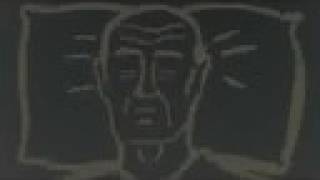