Rock Is A Drug Lyrics

Rock Is A Drug Lyrics


You've been listening to the SPLIFF RADIO SHOW, really a parody involving Your adiction to this plastic-move called "Rock'n'Roll". You hear about performers, being hooked bot, in fact we're all junkies. Feeding a habit that recycles with ev'ry dollar that crosses the counter of your local record-shop. It might be a habit you can't kick, but if you listen, really listen to this album, at least we can say "We told you so!"

Hey brownshoes hangin' round Expecting new heroes? You wanna get high on them cause they're so far away.

And when the star goes on his trip girls start screaming getting sick No dope - can't cope No blow - no show...

(Waste Your Days at the Radio!)

Frustration is your measure expensive cars your treasure You should start screaming out Hey, you don't get no pleasure

You adore the names you start these games MASS attacks! MASS media! MASS turbation! MASS production!
The dirty taste of money is the reason for our smile You ain't need to take no speed boy We'll spit the bile! (We can keep you high!)

Hey messy boys I wanna hear your messy voice What's the magic drug of your choice Could it be rock or just ugly noise?!

You wanna hear the news? Rock Is a Drug (4 times)

Such a crazy beat you're beating meat I hear the shitty vibes morning, noon and night

Make money from you that's what I do What you get back is just a vomit attack! 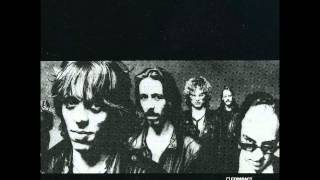