Different strokes for different folks so
Mind your manner and easy on the ethnic jokes
It's a dumbbell curve, you're trying to tally
All the way down to shin bone alley

Streets are metacarpal and flesh of asphalt calm
Buildings rise like fingers from a concrete palm
Yellow lit apartment trickle through the drapes
Windows frame each history hidden even from the fire escapes Sullen winter sparrow lends wing to expanse of grey
Six-thirty-two in the morning on Thanksgiving day and the bums
They hit their corners, the thunder bird rubs their bones and the crack
Addicts stare at the snowflakes zigzagging down to greet Jones

Different strokes for different folks so

Seven-thirty-two on the same day, your bare feet on the parquet
And the light so papery white shining past the microwave
Knuckles to eyeballs and elbows on the table
Spend the day gazing from the window gable
Explain lyrics
Correct lyrics 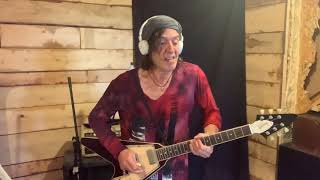