I woke up quick, at around two
Jumped in my benz, picked up DJ Screw
Boys out there, makin' them tapes
Separate the real niggas from the fakes
My boy just got out, did a flat ten
And he just can't stop talkin' bout that pen
My best friend, but time destroys all men
Now he don't give a f*ck about goin' again
It ain't all good, but I ain't missin' no money
I'm just a thug muthaf*cka and you can't take nothin' from me
Somebody once said they wanna see me dead
The next week they found the boy with two holes in his head
I break bread with my killas in the H-TX
It's the SP-Mex, in the all black stretch
Known for my purity, pride, and security
A house costs as much as one piece of my jewelry

Cuz the boys on the cut don't give a f*ck
You come talkin' that shit, your eyes get shut
Boys out there, slangin' that yay
Only p*ssy muthaf*ckas say that crime don't pay

The time has come, and the day is here
Two thousand one, is my muthaf*ckin' year
I come from the head, it's the boy named Los
The one that got everybody on they toes
Straight up, and still I sell dope for a livin'
In the form of a compact disc, f*ck prison
No more savin' cans, no more collectin' pennies
I'll have your f*ckin' clique hollerin' "Who killed Kenny?"
For my Gangsta bitch, that I just met
She ridin' my dick, chuckin' up her set I dance with the wolves, this is for my hood
Got the whole World fiendin' for the dope I cut

I was twelve years old, when I did my first jack
And I don't think that bitch ever got her purse back
With fifteen rocks, I bought my first car
Cooked my first batch of dope in a pickle jar
It's like uno, dos, tres, young Happy Perez
Got me sellin' this dope to anyone on two legs
Boys talkin' down, but I give two f*cks
Step in my face, I put you in an all-black tux
Layin' in a casket, hard as a rock
My lead, hit'cha head and make it snap, crackle, and pop
Now how many times do I have to tell ya?
All my life I've been called a failure!
My freestyle flow, is so untouchable
I just got out the county jail two months ago
Now I'm in the studio, just like Julio
In the city where them bitches never won a Super Bowl
Man I can't stop, I'ma keep on droppin'
Seven of my bitches at the same mall shoppin'
At the galleria, tell me have you seen her?
I f*ck a country singer and a Houston ballerina
Plus a fine ass China, I used to be a dreamer
Now I bought my Mom and Dad a navigator and a beamer
Leave a mark in this game, ask Ted Indian
I don't give a f*ck cuz every month I make a million 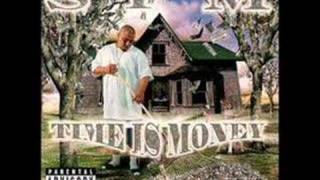