Fake As The Grass Lyrics

Fake As The Grass Lyrics


Our generation reads thoughts not facts, that's a fact you can think about it, matter of fact
Our generation only validates opinions if they're retweeted, if they're not no need to think about it
Just keep your thumb moving, one in four are adverts your brother or your dad search preferring not to think about it
Now it's f*cking up your brain and they know it, but you'll never see campaigns to stop money rules the world and they can't let the people think about it
Wanna kill me off then kill me off then, top 10% of every non misleading top ten
Talkative in lessons, tell the teachers do their job then, that's how I build a wooden box but how I making guap then?
Paranoia tells me I'll get killed for my material, talk about my girl instead she's acting like my steering wheel hoping that she hears them all
I give her spoon and then I eat her in the morning she's my little bowl of cereal
My phone is never off silent, I grab two maggies from the off license, drink them in complete silence face to face with photo frames
Even on the coldest days I'm sorry for these circumstances, people moving mad, they don't know no shame
That's my bro this ain't no media trend, see I struggle seeing pictures so I speak with a pen
I know people never stress you'll never see them again, and it's hard to stay two metres when you're grieving a friend
See my twitter feed is feeling like a race war, all got different views we need to say them face to face more When you move a [?], see it seems to fuel the hate more, influencers only influence the shit they're paid for
So far from where I wanna be, but I don't wanna lose the old version, try cheer up my people to stop the soul hurting
There's something about the feeling when I'm making you laugh, but when I stand on astro I'm as fake as the grass
Don't worry that you're hurting man I'm feeling it too, that's why I'm only listening to rythem and blues
It's like it's only them that keep on spitting the truth, so miss me with the nonsense when I'm billing a zoot
I ain't stress about the if cos it's a matter of when, I'm about to roll the whole world a spliff because it's happened again
The planet keeps on making sure my happiness ends, about to drop a project then I'm bouncing again 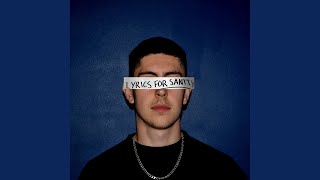