More a state of being rather than a place
Hell is merely a stage for the soul
But all must walk the path
Uncertainty, the problem of pain
Experience second death
The soul that sins shall die, supposedly...

Consequence in the hereafter
Weeping, gnashing of teeth
This world revolves around conflich
And opposing forces.

Left in limbo, unholy infants are then cast away
Evil incarnate, govern the dead
Underdweller, monster among men What will become of the condemned?

Separation point: Purgatory
The place of judgement for
The quick and the dead
The place where some will meet their end...

Left in limbo, unholy
Infants have been cast away]
Evil incarnate, govern the dead
Underdweller, monster among men
What has become of the condemned?
The terrifyinf flipside of heavenly paradise
Imgarey of endless torment
A blazing, infernal netherworld
Moreover, aren't we in hell here and now? 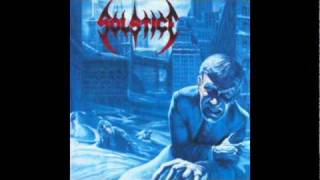