Oh my, oh my, oh my oh gosh
Brodie just threw me lob
Told me that she got that fire, fire, fire, fire she ready to slob on my knob (is she really)
[?] is this I'm spinning
They callin' me uncle the way I be working that rob (pop pop)
I'm praying on five and the opp block be the center, the forward, the shooter and God
He sleep, I creep, he sleep, we leave, police on scene I see them flee (I'm gone)
I go and run hope they don't peek, told bro pull up with SUV
I hope the gas, it ain't on E, cuz we gon be in custody (oh my god)
But you know that I'm fast on feet
I show twelve ain't no punking me (zoom)
I'ma dip on these bitches I'm going
Ducking and dodging I'm going them wrong (yea, yea)
Whole time I'm running and rapping a song,
Smoking they ass, just like I'm a boss
Phone ring on ping, on ping like Paul
My plug got ounce on ounce like tall
I'm high, my eyes like ching ching chong
But that won't stop me I'm still going
And I'm dippin, I'm dippin
Hold up, I see a opp slippin
Should I be dumb and start hittin (should I)
While the police hunt ain't finish
All the f*ckery, a nigga with it (I'm with it)
I'm like f*ck it, this bitch get to spittin
Fao, fao, fao, fao, fao, fao - pow
This opp nigga gotta be finished
I'ma go out like Queen Latifah
I'm mad that I couldn't go spark me some reefah
I got these stars, like stripes Adidas
I got mental like Pen, just call me Peter That big bail money I think I need her
The opps is snitchin, they write us in rita's
Twelve got up on my ass, the first thing they said
"Hey we got the leader"
But you know I disagree
Twelve ain't got shit on me (no they don't)
I'ma go out like Jackie Chan
Narrow toe and Jet Lee
I bust this right, they beat
Gotta friend name Emily
I'ma run to her house, I hope I can make it
She live right up the street (I'm tired)
I run, I sprint, I don't do jogs
f*ck Burger King, I don't do jobs
I don't know why I said it but it sound hard
And these niggas ain't catchin' me, put it on God (zoom)
A nigga was scammin', I was doing fraud
I won't cuff a bitch, I won't love a broad
Cuz them be the same bitches who will leave yo ass when them times f*ckin get hard
Pull out my phone, I'ma see if she home
If she ain't home then a nigga is stressed
If she ain't home then I don't know what's next (I'm going to jail)
If she ain't home, then it's time for a rest
I'm feeling real sleepy, I do need some rest
I'm 'bout to surrender and be like the rest
I'ma be in the central booking all night from this situation, I should've just left
God damn, damn, damn, damn
(God damn, damn, damn, damn)
Look in the judge eyes, knowing that I ain't getting no chance
I did the crime, gotta do the time
I'ma go in this bitch like a man
If they let me out right now, I'll do this bitch all over again
It was just a dream (oh shit)
Explain lyrics
Correct lyrics 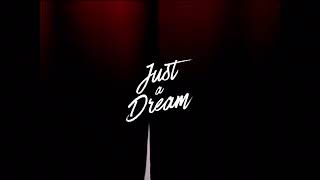 check amazon for Just A Dream mp3 download
these lyrics are submitted by HNHH1
browse other artists under S:S2S3S4S5S6S7S8S9S10S11S12S13