Once knew a man who thought he was another guy,
he was livin' a lie.
He took a chance by roaming the streets in the night,
Till he learned how to fight.
He met trouble one night, another man with his wife.
So he brought out his knife, didn't mean to take his
life.
Now he's got to get away, hear him say.

Chorus: (First)
I'm going down to the Liverpool Docks,
Try to hitch a ride, ain't gonna break no rocks.
And I never had a friend, I never needed one.
I'm going down to the silvery sea,
I'm gonna go some place where they won't find me.
And maybe I can go where I won't ever have to come
back again.

He took his time, lived his life alone, An' his thoughts were his own.
He lived in a place he'd never heard of before,
In Block number four.
Then one night at his door, he stood facing the law.
On the paper he saw, what they wanted him for,
They're gonna take him back, and he said.

Chorus: (Second)
I'm goin' back to the Liverpool Docks,
Gonna take a ride, gotta break some rocks.
And I never had a friend, but I never needed one.
Take a ride on the silvery sea,
I'm gonna go some place where they won't find me.
An' I don't wanna go 'cos I know that I'll never come
back again. 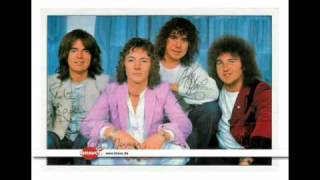