Meth Is The New America Lyrics

Meth Is The New America Lyrics


There's a battle raging on the other side of this dry wall
That sheet rock screws fasten to two-by-fours
They would if they could speak out against injustice and selfish sided arguments
Sheila shouts as she's leaving
"There's no way I'm coming back, until you get your shit together"
His head still a haze from today's dose or basement drug
Shane sits with his face in his hands
Tries to think of a way he can bring back Those better days without giving in to her demands
Danielle is coming down the stairs. She sobs "When is mamma coming home?"
"Don't you worry and get back to bed. Everything is gonna be fine"
But the morning light will make it clear, that it's all down hill from here
They won't get their shit together
And ten years later finds Sheila on husband number three and Shane just got out of Country 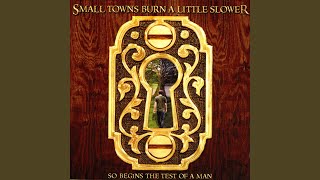 check amazon for Meth Is The New America mp3 download
these lyrics are submitted by itunes3
browse other artists under S:S2S3S4S5S6S7S8S9S10S11S12S13
Record Label(s): 2008 Small Towns Burn a Little Slower
Official lyrics by