Trumby was a ringer, a good one too at that,
He could rake and ride a twister, throw a rope and
fancy plait
He could counter line a saddle, track a man lost in the
night
Trumby was a good man but he couldn't read or write.

Trumby was dependable, he never took to beer,
The boss admired him so much, one day made him overseer
It never went to Trumby's head, he didn't boast or
skite
Trumby was a good man, but he couldn't read or write.

The drought was on the country the grass in short
supply
The tanks were getting lower and the water holes near
dry.
Cattle started dying and relief was not insight,
To estimate the losses Trumby couldn't read or write.

He rode around the station pulling cattle from the bog,
To save them being torn apart by eagles, crows and
dogs,
He saw a notice on a tree, it wasn't there last night,
Trumby tried to understand, but he couldn't read or
write.

On bended knee down in the mud, Trumby had a drink,
Swung the reigns and to his horse said "We go home I think",
"Tell 'im boss about the sign, 'im read 'im good
alright"
"One day boss's missus teach 'im Trumby read and
write."

Well concern was felt for Trumby, he hadn't used his
bed,
Next day beside that muddy hole they found the ringer
dead.
And a piece of tin tied to a tree then caught the
boss's eye,
He read the words of 'Poison Here', and signed by
Dogger Bry.

Now the stock had never used that hole along that
stoney creek,
And Trumby's bag was empty it has frayed and sprung a
leak
The dogs were there in hundreds and the dogger in his
plight,
Told the boss he never knew poor Trumby couldn't read
or write.

Now Trumby was a ringer as solid as a post,
His heart was in the right place and that's
what mattered most,
Sometimes I think how sad it is in this world with all
its might,
That a man like Trumby met his death because he
couldn't read or write. 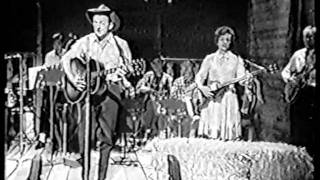