It's A Boy Lyrics

It's A Boy Lyrics


It's me at last, the Rickster, Def Jam's where I be
Most agree it's kinda amazin folks are born from where we pee at
Though I definetly fiend it, baby no way, chill, clever mean it
Gotta be careful, be told, commercial ever seen it
Want a few, I wrote, some ask my cheatin do I know
Not a dope, love the mother, or she loves to a ho
So I dig her a lot, and although shorty honey break nigga
How you figure, he a big rat money makin nigga
Cute as a bunny, he tell bout the time he pickin cotton
So it ain't forgottin, hope I don't spoil a nigga rotten
Also, don't discriminate white, he be quite bright, taught he might
If notty like and seventy fiver, help me raise my shorty right
So when I come home wit the quarter, I say, yo shorty run to royal
Seen as a mother livin on soil, it's best to have someone to spoil
So any toy, he wants he get, yo kids it worth it, Mr. A'Doy
Said he destroy, annoy, don't meen a moms in middle of fifth and joy
And it's a boy

Picture friends, milk and cookies, when you done wit the boys game
Toy playin, Ricky Jr. being one of the joys name
And further taught him birds and bees
So on the nerdin birds, heard the second to third
And 'dada' better be the first words too
Just kiddin, gonna be a one man girl, spend a lotta me wearin
Best to care, best about what money can buy, is what I be wearin
Rip these ribbons around, protectin, this ain't a kid I've kept in
Don't raise ya kindergarten probably be another major step in Long as holdin star, holdin, 'cause yo be loadin trips and sowin
Ya knowin, throw a fancy hover in the drowin
It's kinda pleasin a ray, so baby sit, no thank you heasin
Sneazin, now what do I do when he cry for no reason
So any toy, he wants he get, yo kids it worth it, Mr. A'Doy
Said he destroy, annoy, don't meen a moms in middle of fifth and joy
And it's a boy

Baby mom, under wing, though if dressed, I could string
Line of cuties, though cling, don't wanna mess up a good thing
You know how it is, when guys are big, girls seem to hog
And scream a dog or scheme for more drugs
Goin into labor date, 18 of August
It's that time tellin friends, congratulate's yellin
Gotta be six or premature, but thanks to God, he's doin well
And givin credit where it's due, while rap achievin let it
As for bills forget it, 'cause the way I rap, don't even sweat it
Why though when me and my husband, don't fuss, agree
Though son, I still kinda wish I could of been there when he was born
At 3 01, by gone be gone, there's nowhere wrong and all
Yours sons about, and since I didn't, this being the first
You know I had to write a rap about the incident
And the rose is for the squeeze, I would of sent it for no women
Wit the kin in it, we should thank Lord as we enter a new beginning
And like I said, any toy, I'm tryin ya that, Ms. A'Doy
That they destroy, annoy, don't mean a moms in middle of fifth and joy
And it's a boy
Explain lyrics
Correct lyrics 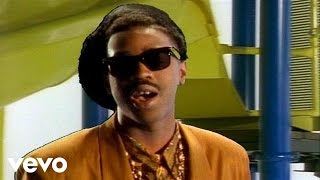