Sang my song, stuck out my tongue, girl's strung
Sweatin' among 'em was a hon', "Got a man but we're not gettin' along"
Lick the balls, I know some girls'll lick it, not a rhyme, kick it
"Rick, it's amazin', how you rap word up, you sound wicked"

"Do I dig her?", silly question picture a jerk and do I trick her
"If you only know how good you be lookin' to a nigga"
Butt perfect, to her car say would I walk her, not ever
Tell her, "Call me later on just to talk or whatever"

Stirrin' it up, learn the digits, to be safe burn it up
"And here's another Slick Rick one" and the man turn it up
Now on my strap and very soon she be all hot and wanna rap
'Sup cap'n over there but Rick ain't nothin' gonna happen

Comes over stuck my toungue in her mouth
She gave me a hickey, shocked me
The way she jocked truck me, "knock me ricky, knock me"
Don't affect you none you popped your kid and rocked your son
Though you ho's strung now didn't knock or tongue

Another honey real sneaky lines thrown on the freak
Says, "Money works away but he be home on the weekends"
"Wanted to say you're best, out-chargin' the rest though"
Says the guest though now massagin' the breast though

While I'm gettin' info out of her, girlfriend's side of her
Doin' this already, I'll be in that and out of her
Ask her friend, "What poet best?", rather not flow
Though know, girlfriend actin' like down to cut throat

You seem too hard for the rest of them, met all, been too Hint to her friend, time to leave so we can get all into
So then friend says, "Don't take all day whore I mean"
Drops number on the floor makes sure the dog seen it

Alone asks, "Can you help me rap?", "Maybe", winking
"Think me, you'll go far", "Oh yeah, that's it baby drink me"
Don't affect you none you popped kid and rocked your son
Though you ho's strung now didn't knock or tongue

A good look strike ya ho, you attack mic as though
I wanted to ask you is that really real? Witch, act like you know
Give me a line for your joint, been to every store to find you
Gettin' noisy everyone leave but you close the door behind you

Left your man dressin' room he tried to dis me 'cause you rule in school
I said, "Word, so won't you kiss me you fool"
Shoulder shrug she pop, "Why not?", another fan above, on the luck
Well, anyway like a autograph and a hug

Made my move to triple excitement, "Stop rick you'll flip it"
As I grind against her p*ssy and I didn't lick her nipple
Less than a minute more progression look at her hide in her dress
And lights off pull panties to the side and caressin'

Mass roll up playin' her life, want to keep her in past goal
Bolder now she's sayin', "More deeper in my asshole"
Don't affect you none you popped kid done rocked your son
Though strung, no I didn't knock or tongue 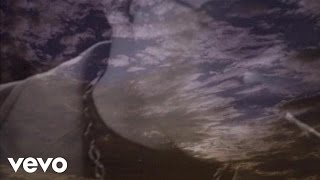