[Verse 1: Slayter]
I might just dock off in the hill with a model bitch (Rrah)
Popped a half a thirty, shorty threw it back and I demolished it (Facts)
Asked about you in your hood and they told me you was not legit (p*ssy)
We the last of a dyin' breed, I hope they acknowledge it (For real)
I hope that when I go I'm remembered (Ha, for real)
I got a heart full of anger (Damn), poppin' Percocets like I'm injured (Shit)
Nigga tried to rob me, that was way back in September (Way back)
So I held the AK to the sky like it's Simba (Frrp)
We ain't have no heater, it was cold in December (Bah)
Coldest day in the winter (Bah), dropped the top in the winter (Chyeah)
We ain't got not time for f*ckin' hidden agendas
Police run in the spot, we put the drugs in the blender (Rr)
20/20 vision, tunnel vision, ain't no competition (Grr)
Niggas used to call us them magicians, we made shit go missin' (Yeah)
Used to post up in the dirty kitchen, Slayter water whippin' (Whip, whip)
We was out here doin' other shit that we don't gotta mention (Shh)
Lil' bro just got sentenced for four, he got caught with a weapon (Blatt)
Shoutout to the girl I'm f*ckin', now she brings me other women (For real)
Know some niggas that can't wait until the day they catch me slippin'
Feelin' diabolical, but I'ma send those boys to Heaven

[Verse 2: BENNY THE BUTCHER]
Yeah, look
My plug did a lot for me, Black Soprano, Monopoly
A nigga catch me slippin', that probably be on the hockey rink
Bad bitches flock to me, obviously
I put up thirty K and get ten of y'all hit, that's just a wash to me
My nigga spinnin', made a masterpiece with half a ki'
Me and gang f*ckin' Russian models all fashion week (All fashion week)
Shoot somethin', then get back to me
Where you rappers get the audacity to even send a track to me? (Who, you?)
In the restaurant, let it hit me and Slayter (My nigga)
Took the money out his pocket and gave the tip to the waiter
This the youngest with new guns and old heads and gators
And for niggas like who survived without a label
Back to the basics, though, paper all we knew, grindin' all we do Ice from my watch drippin' in this 1942
The plug told me I was fearless and y'all just be spooked
You gotta spend at least a dub just to call him a deuce
Celebratin', we gon' pop these bottles all we want
.40 on me, smokin', this gelato .41
Before this rap money they dope encouraged us, nigga
Still got a stash house back home with no furniture in it
THE BUTCHER comin'

[Verse 3: Smoke DZA]
Gang with us like Dame Lillard, insane pillars
Hustle sold separately, word came with us
Rap lane or the trap lane, both lanes with it
Whole thing clickin', whole thing flippin' for the pippin'
Keep the operation, kill our opposition
Lil' punks get hit with the hammer without the clip in
Parked in front the crib, abort the mission
God sendin' signs, when he talk, I listen
One thing he blessed me with was flawless vision
I got a knack for eyeballin' those zips, I got an easy system
Better numbers to avoid collision
Heavy is the head that wears the crown, I play my position
You talkin' to the hustlers, I'm a top seed, possibly top three
One of the few that break it down for you, probably
Kushed God, I'm John Moxley
Still move a couple boxes at top speed

[Verse 4: RetcH]
Claude Monet, I'm paintin' pictures in the form of scriptures
St. Thomas, workin' on my jump shot, I was rockin' linen
Lots of women, three-story yacht, we was just vibin' wit' 'em
Vibes, we hit 'em, back to back Lamb' trucks, we be slidin' in 'em
I remember cheffin' ready, rock inside a heavy pot
For ten K we had the welly pop day that "Chevy" dropped
Hidden hills, model hoes with deals, givin' mega top
Popped a pill before they brought the bill, I was hella bopped
Uh, I came a long way from sellin' yellow tops
Duckin' from the cops, cased up, used to stress a lot
f*ck the opps, take this stream money, get a nigga shot
Free money, bank scheme money, you know how we rock
Lil' bro just punched his whole crib, my nigga pieces hot
AKs, .40s wit' the drums, right at Lisa spot
Diva thot, suck me in the car, we don't speak a lot
Creep the drop, Pacific coast highway, bumpin' Speakerboxxx
Explain lyrics
Correct lyrics 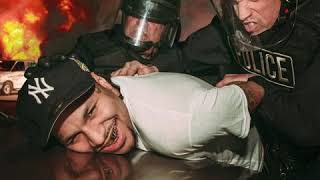