Pride Of A Nation Lyrics

Pride Of A Nation Lyrics


The flags are raised in glory, before the battle starts
Time is getting tighter, the pride it fills their hearts
As they march towards the battlefield, the enemy ahead
The final fight is almost here, it's either life or death

A uniform of midnight, with silver on their necks
Their honor was their loyalty, to join their Eastern trek They fought against such massive odds, earning glory in
the fields
But history tries to put them down, for their loyalty
won't yield

When the end had finally come, and the odds were just too
great
Their pride remained, the courage stayed, for all was not
too late
The fire can be rekindled, the flames can fill the skies
Like a phoenix from the ashes, the new dawn will arise 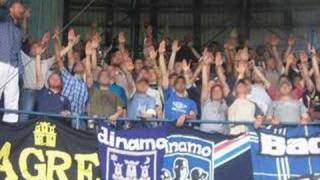 check amazon for Pride Of A Nation mp3 download
these lyrics are submitted by kaan
browse other artists under S:S2S3S4S5S11
Record Label(s): 2014 Rock O Rama Records
Official lyrics by