[Verse 1]
He gon' need a first-aid kit, ain't doin' the waitin'
This ass whoopin' is free, just like the Masons
Giant what I am, Attack on Titan
A beast in your reality, somethin' like lycan
Tell your bitch I've taken a likin'
My dick is a cup of Joe, not talkin' 'bout Biden
Why they mosquitoes? They always be bitin'
I'm strikin' like lightnin', my watch on Ben 10
Poppin' like vitamins with the nine right beside me
And then it's f*ck the economy 'cause they're taxing unproperly
Sign up herе with the paper, instead, I do origami, and say, "Okay"
Wipе ya' nose, we cold
What we follow? The code
I'm an animal, you see the silo
Horns on the top the head, a nigga goat
Rocket launcher, we tote, just like Starbursts, in throats
In the ghost, Danny Phantom, on bro
Know that I be picky, I eenie-miney the mo 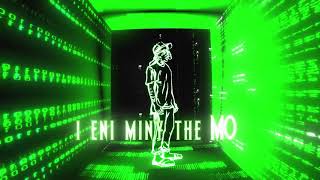