Shots ring out in Paris, the bells ring out in Rome
Photo's in the paper, buy you're getting old
Footsteps in the car park he's the governor of the night
The omens say crime don't pay but each dog has its price

Backstreet of Chicago a black man plays the gold
There's a man on every corner says he'd like to buy your soul
Buddhists in the temple, bullets in the night
Stepping out of their world, into your world, into mine in the jet black night 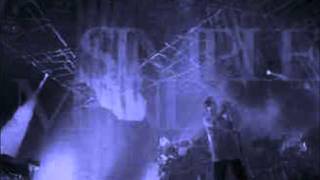