Paramilitary troops are the government's arm
To hush up the injustice, who's given them the right?
Repressive affluence versus flinching poverty
Malpractice, where the andes extent

Await the holy father and his blessings promising
Talking democracy and charity
All at once all rays of hope are dashed in Chile's
stadiums And resistance is foremost written in the eyes of a
hungry peasant child!

South American junta in blood drenched uniforms, hiding
their
Arrested opponents in foresaken jails underground
A regime interspersed with old and exiled S.S.
Passing laws and restrictions in their insanity

Another illegal election, another ruthless purge
And another restrained voice dies away within four walls
of blood!
Another mother's tear shed for another missing son
Another rifle leveled at another unremitting enemy!
Resist!!! 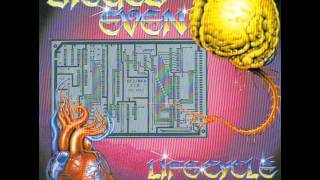 check amazon for Repression And Resistance mp3 download
these lyrics are submitted by kaan
browse other artists under S:S2S3S4S5S6S7S8S9S10S11S12S13