Back in the days of doubt and dissension, from the soil
Palestinias
A wandering began, mathless in the annals of history
and time
Exiled and expeled, trapped in the walls of Babylon ï¿½
only a leg on their way
A consequence unheard-of, dispersion and pursuance for
no rational cause

Symbol of confession ï¿½ held in contempt
An endless voyage through time
Prejudice, unreason ï¿½ a contagious seed
Today we shake our heads, can't comprehend
In medieval times the Christian church made itself a
part of the crime

Conversion and judgement in blind infallibility
executed upon the jews
Bigotry and prejudice are persisting and basic
characters of man
As essential feature not to accept dissenters, it's so easy to judge

But at nightfall of civilisation, when reason fell and
Fascism prevailed
A malpractice tarnished the world, rendered by a
subservient mass!

Accustomed to misuse and fear, we're looking back ï¿½
insensibly!
What happened then won't happen anew, close your eyes
in arrogance and simply forget!

So much injustice and grief done unto the star of David
Remind unsound doctrines of an Aryan race, the
concentration camps, the relentless exodus
Some folks say it will never come again, are they
oblivious? Full of unconcern?
So look Pretoria and the fascist-like regime ï¿½ will
man ever listen to reason? 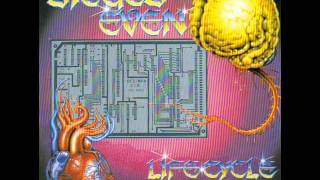