Isn't this nice?
Another song 'bout a woman, but it's not about a woman,
If you feel then let me hit you twice.

Isn't this nice?
You got no clue what's coming,
But believe me it's coming,
Any minute you'll be running now.
Hittem with that sickick!

See now you're with it, though I,
Reckon you're not familiar with my lyrics no my,
Style is the simplest ridicul-est of vibes, the ridicul-est of vibes,
Put me on your record, Imma reck it in dubai,
There's no escaping whatever I'm contemplating I am saying,
I'm not tryna play games infront of an audience, I'm slaying
Every being in my vision every vision I am seeing,
I'm at 175.4 Beatings Per Minute (BPM)

And though I'm here today, I can't wait for tomorrow,
I blink my eyes eyes, as I wake in Toronto,
The sun is beating down like the Rays of Romano,
You "twit" I can't believe you don't know me follow!

I can't it help it but feel this way,
Oh I wish it wouldn't be this way,
You and I could be free someday,
But for now I'll wait...

Let me tell you that it doesn't matter where I go I make my money that's my goal,
Cause this city isn't big enough for both of us somebody's got to go,
Cause I've shown, every moment every second on my own,
That I'm worth it but most of you are just beginning to know,
That I've grown, go find Goldilocks and tell that bitch I'm home,
Cause see you're serving your porridge warm, but I'm serving it cold,
That's how I roll, no point calling the selectas cause they know,
To let me go, let me go, let me go...

I can't it help it but feel this way Ridicul-est of vibes
Hittem with that sickick! 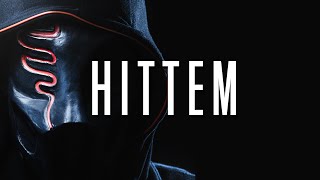