Look at this nigga, stuntin' in front of Justin's, actin' silly
If it wasn't cops all over, I'd smack him with this milli
You hoe, niggaz, move a brick and think they rich
Get a few guns and a click and wanna take over shit

Ain't that the same kid that shot Reg in the head?
Turned him into a carrot, he might as well have been dead
Just came home from doin' ten up in the Feds
Be extortin' kingpins for they horse and they bread

Had the whole Brooklyn under pressure, I'm surprised he ain't test ya
Mad niggaz know better
I ain't comin' up offa, no cheddar, no bricks, no nothin'
I'll kill that motherf*cker, f*ck him, yeah, I'll pay him somethin'

Pay his ass a visit, blow his brains on the sidewalk
Let him collect his thoughts
I'm the strongest force in New York
'Til I'm a corpse and even then, I'll be buried with bricks

Cars pilin' up the block for blocks, nigga, Bentleys and 6's
This the place to be, where all the gangsters meet
As I pick up my drink, I see my man Fat Pete
But before I could walk over, two niggaz tapped him on the shoulder

And unloaded in his face, bullets flyin' all over the place
Mirrors shatterin', people scatterin', his bodyguards shot back
Missed one but hit the other, in the abdomen, they both fled
But who the f*ck would do somethin' so brazen and reckless? Had to be some niggaz tryin' to send a message
Next day I got a call from uptown to
Come have a meetin' with The Council
'Bout the shit that's been goin' down

Word is, same kid that killed Fat Pete, shot Reg in the head
Bottom line, he's out of control, he got to be dead
He's startin' to be a real problem
Extortin' niggaz, Brooklyn through Harlem

But he f*cked around and crossed the margin, touched one of ours
He got to go, he from your hood, handle it Poe
Say no mo', I'm out the do'
Went back to the spot to grab the guns

Semi auto check, AK 40 check, shotgun check, revolver, that's perfect
Called Tiz and told him meet me in an hour
Bring the caravan, you know the plan
Ski masks and stockings, seen him down the ave, boppin'

Him and a friend, just hopped in a Benz
Twenty inches on the rims, let's follow 'em slow, keep 'em in sight
Wait 'til he stop at a red light, then roll the window down
And kiss them bitches goodnight, they musta saw somethin'

'Cause the Benz busted you and came at us firin' shots
I threw the revolver, grabbed the tec and left the driver's side wet
The Benz ran in a store window and got wrecked
I hopped out the van, ran up to the scene, still holdin' the tec

One nigga's body was split in half, the other nigga still movin'
Heard sirens comin' closer, as I'm 'bout to shoot him
But f*ck it, I opened his mouth and let the tec spray
And told him tell Satan, I'm on my way, die bitch
Explain lyrics
Correct lyrics 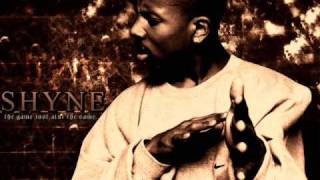