The perpetual fire shimmers before all that lives and dies
Legions of fallen angels gather unparalleled, stalking in the dusk of light
As death strikes into those who defend ignorance and deceit

Bestowed is the fate of hypocrisy;
Crushed underneath me
A cry in the dark before perishing to the mark of blackened beasts, salivating as they claw and rape
The lord of flies exhaling pestilence with every breath
Transient passageways open releasing Hell's wake - a realm sentenced to the fires of hate
Now tear at the wings of our enemies and cast them down into the flames
Die for the sins you create

[Verse: Tom Barber]
And now you see now I'm far from myth
And now you feel the fear - I am the obelisk
Forged from the fire - the hatred of man
All enveloped in the shadow I bring death to this land
Breathe deep for only ashes will cleanse your lungs
Mouths wide open - bring forth razors to the tongue
Acid winds will pull the flesh from the bone

(I claw at the eyes of the sun, blackening out the reign of man. Releasing my ancient hate upon this realm. Burdened by waste and pain, I am baptized in the blood of mortality.) As above / so below
The final hour approaches with the dying of the light
As within / so without
Humanity becomes enslaved - bound to an ancient hate

Collapsing from the loss of blood
The voices of hatred howl in forsaken tongues
Destined as the oracles of annihilation
Damned to remain helpless, consumed are the worthless

Into the palace
The pelts of innocent souls are flayed
Striped and maimed, unworthy of peace as the eyes are hollowed and ate
There will be no bargains - there will be only darkness as the Great devourer consumes the will of your f*cking souls

Enslaved for an eternity, shrouded by the fray of war
Peer within my soulless eyes
Droned by flies, exonerated to a veil of voiceless prison
Into the depths of Sheol, never to return
Sentenced to a grave of undying misery
Held above all is the head of God
Use your eyes and see, servants of the sky, that not all that you believe is what truly appears to be 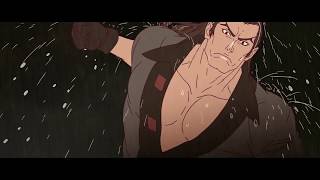 check amazon for Lord Of Flies mp3 download
these lyrics are submitted by itunes3
browse other artists under S:S2S3S4S5S6S7S8S9S10S11S12S13
Record Label(s): 2018 Chugcore International
Official lyrics by