Now it's been twenty-five years or more
I've roamed this land from shore to shore
From Tyne to Tamar, Severn to Thames
From moor to vale, from peak to fen
Played in cafes and pubs and bars
I've stood in the street with my old guitar
But I'd be richer than all the rest
If I had a pound for each request
For 'Duelling Banjos' 'American Pie'
Its enough to make you cry
'Rule Britannia' or 'Swing Low'
Are they the only songs the English know?

After the speeches when the cake's been cut
The disco's over and the bar's been shut
At christening, birthday, wedding or wake
What can we sing until the morning breaks?
When the Indian, Asians, Afro, Celts
It's in their blood, below the belt
They're playing and dancing all night long
So what have they got right that we've got wrong?

Seed, bud, flower, fruit
Never gonna grow without their roots
Branch, stem, shoots - we need roots Haul away boys let them go
Out in the wind and the rain and snow
We've lost more than well ever know
Round the rocky shores of England

And a minister said his vision of hell
Is three folk singers in a pub near Wells
Well I've got a vision of urban sprawl
It's pubs where no one ever sings at all
And everyone stares at a great big screen
Over-paid soccer stars, prancing teens
Australian soap, American rap
Estuary English baseball caps
And we learn to be ashamed before we walk
Of the way we look and the way we talk
Without our stories or our songs
How will we know where weve come from?
I've lost St George in the Union Jack
It's my flag too and I want it back 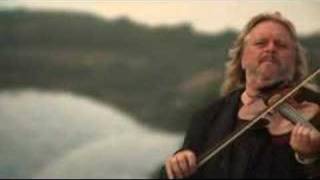 check amazon for Roots mp3 download
these lyrics are submitted by kaan
browse other artists under S:S2S3S4S5S6S7S8S9S10S11S12
Record Label(s): 2006 Show Of Hands
Official lyrics by