Don't Get Yourself Involved Lyrics

Don't Get Yourself Involved Lyrics


This love affair caused a lot of problems.
My friends told me you should not get involved like that.
Oh I tried yes I promise I tried.
But as soon as I don't think I do it all the same.

Early in school they told me to dress well.
But I just wanted to be like everybody else.
One little step in the wrong direction
and you'll always be alone so stay out of it.

But oh I want to know.
Who'll be coming back after the snow.
God knows I want things to happen.
But I don't want them to change. This is what happend to a friend of mine.

Yes they say it shouldn't be a problem.
As long as you don't get involved that way.
But it's too late now I've even told my best friend.
He thought I'd say I was gay. Oh so self centered. 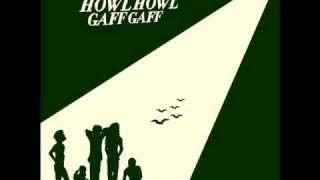 check amazon for Don't Get Yourself Involved mp3 download
these lyrics are submitted by kaan
browse other artists under S:S2S3S4S5S6S7S8S9S10S11
Songwriter(s): adam olenius, shout out louds
Record Label(s): 2007 Merge Records
Official lyrics by