So Much Time Lyrics

So Much Time Lyrics


For this girl named Sunshine
he started shooting up his main line
didn't take time 'til he was hook, sinker and line.

Not a thinker, he dreamed of being a Rock and Roll
singer
And he was gifted in many ways. The kid was gifted.
He could cop the heroin from Shaolin to 125th kid,
let's get explicit.

He tore apart his arms, his mind, body and soul.
He tried to tax his homies mom
for her purse and her personal belongings,
he longing for a fix so hard he forgot about his wife
and kids,
my God, what type of shit is that?

If that aint the straw that broke the camels back, bust
this,
he pimped his wife and sold his kids!
Now one little whisker pulled a ship to shore,
the same one pulled the whole band off tour.
Mad strong.8 million miles long.
With a tight grip enough to make a sane man flip.

Break it down. I saw a man on a train platform playing his horn,
threw some change in his hat cause I dug his song,
I could tell he had problems of the world today.
But it still didn't stop him from his subway serenade.

It was sticky, sweaty, hot on the Times Square station,
but this old man gave me a big inspiration,
had me thinking to myself,
"Damn and I be stressing shit, help me God,
take me out of this hell hole"
But this man was stone,
he had the world on his shoulders, in a struggle,
didn't even have a teddy bear to cuddle with.

Alone, solo, no family involved, but he still stood
tall,
giving it his all and all.
Cause life is too precious and even in the trenches,
God has his intentions, so pay real close attention,
you could live your life doing nothing but expecting,
but remember that the future is created in the present
and that's now yall
Right now. 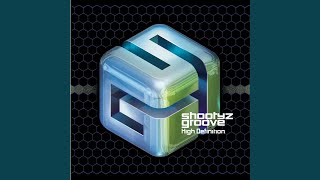 check amazon for So Much Time mp3 download
these lyrics are submitted by kaan
browse other artists under S:S2S3S4S5S6S7S8S9S10S11S12
Songwriter(s): Jose G. Baez, Ramirez Nelson Jr, Miguel Rodriguez
Publisher(s): Shootyz Groove Pub Designee, Warner-tamerlane Publishing Corp.
Record Label(s): 1999 Reprise Records for the U S and WEA International Inc for the world outside of the U S
Official lyrics by