April 2nd, 2001
Dear Government,
I thought it would interest you to know that I have
completely lost faith in your
ability to represent my interests. It is apparent to me
that the only interests you
represent are those of large corporations and that you
have totally alienated yourself
from the majority of the populace.
Now, I realize that you have heard this sort of
criticism before, so I'll spare you the
dissident rhetoric and direct your attention to a more
pressing point: my former faith
in your abilities to get your act together were the
only things that were keeping you
safe. You see, all your various attempts to sedate my
frustration and misdirect my
attention have failed. The only thing that was keeping
me in line was the hope that one
day you would have a paradigmatic shift in your
attitudes towards the people who look to
you for representation and actually start doing your
half of the social compact this
country was founded on. My hope for and faith in the
system was, if you will, a kind of
political "Soma", keeping me forever dreaming of a
savior, a great man who would fight
for the people. Now I've woken up and I see around me a sleeping giant lying restlessly
under the skin of the nation.
So when it comes down to you staring into the barrel of
whatever assault rifle I get my
grubby little proletariat hands on and you find
yourself asking "What are you? A
communist insurgent? A Muslim terrorist?" you will be
faced with a most chilling answer:
"No sir, I am the fruit of your labors." I guess hope
is a hard habit to break, because
I'm finding myself hoping that this letter will be a
wake up call for you. But I also
know oppression, imperialism and plutocracy are hard
habits to break too, so I'm not
getting my hopes up too high. See ya 'round.
Sincerely,
A revolution waiting to happen
P.S.
I am the fruit of your labors
Let's bring the plutocracy down!
Let's bring it down!
I don't care any more, I want f*ckin' war
Taste of blood in mouth and I'm left wanting more
I'm tired of being the political prophylactic king
It's time for some real f*cking
Revolution, f*ck the sight seeing
It's time to stop wanting and time to start being
Strong
How long, not long
I say f*ck the right, it's time to be wrong
THIS COUNTRY'S HIT BOTTOM!!! 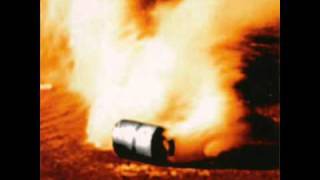 check amazon for Dear Government mp3 download
these lyrics are submitted by kaan
browse other artists under S:S2S3S4S5S6S7S8S9S10S11S12