Look, I know lately they hatin' on me, got my family dependin' on me
Niggas pocket watchin', niggas droppin' dots, I can't go jail I got places to be
'Member the days we was waitin' to feast, and there weren't really places to eat
'Member losses I took on repeat
And still they throw shade on my name
My nigga, I done seen plenty shit, never talk about it
Bodies drop, can't do shit but put chalk around 'em
Only one time when I walk without it
Got some scars, but what after, can't talk about it
People's feelings change when your change up
Been through situations, people ain't the same returnin' favors
Counted on people and waited on people, but nobody comin'
Times when they doubted me, f*ck them apologies
Help me, you could've but nobody would and
They ain't got love for me
Bitches adorin' me now 'cause they see where I'm headed toward and
I... really reminisce on certain days up in the system, the time that I lost and
I... really really missed our childhood, grievin' 'cause the drillin' was mainly my focus
Look, we was dumb-minded, thank God, focused up, we was dumb-minded
Three or two, in the pump, my nigga
We ain't tote, woulda lost my niggas
Free the whole gang, missin' all my niggas
With the gang, same pain, needle up my nigga
Drill after drill, healin' all my niggas
Sin after sin, forgive all my niggas [Sleepy Hallow:]
I woke up in some bad rage
Bro called, he said he sensin' a bad day
Say they love me, that's mad fake
Send shots get shot, they know I got some bad fate
They don't like how I'm stuck in my bad ways
f*ck it, I'm stuck in my bad ways
They don't like how I'm stuck in my bad ways
f*ck it, I'm stuck in my bad ways
I got shot, I ain't bitch, I just manned up
Can't trip, gotta keep tears tucked
Elevated, we was broken, we was devastated
Never hatin', was waitin', we got impatient
Don't you get mistaken
Look, I might still bend a block, now we got a patient
Fry 'em up, no bacon
Look, know we stand on the strip 'til the block is vacant
Shorty say I'm Satan, got the devil in me
I know God forgive me
All my niggas gon' shoot if there's problems with me
What? So what's the problems with me?
Droppin' bombs on 'em
You was tellin' you would drop a dime on 'em.
Pull a nine on him
He ain't loyal, so we put a fine on him
What you know 'bout...
Hunnid days, hunnid nights in the whip 'til you know the route?
I ain't showin' out
Say less, I know what you gon' do for a lot a clout
I ain't goin' out
Please don't call me for nothin', I'm focused on money quick
My day was rainy, no sunny shit
Please never act like you love me, bitch 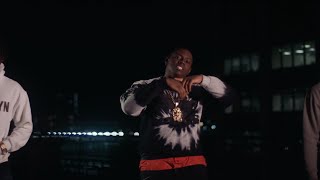