[Intro (talking)]
Whoo! Haha, yeah!
Uh, this is how I put it down on the M-I
Can I, talk to y'all niggaz for a second
Feel me, ya know I mean?
I want y'all niggaz to get y'all Coronas, yeah
Get y'all muh'f*ckin dutches, light y'all muh'f*ckin haze up
Grab y'all yak ya know I'm sayin
Get some Courvoisier and all that, some cranberry
Matter fact take that shit straight cause I need niggaz to feel me on this
Ya know what I mean?
Listen, listen

[Verse One]
Yo, I don't think you understand what I mean
When I aks you to Walk Witt Me, I got the hawk wit me
No talk wit me, in the yard wit my dickies (whoo!)
Young but I remind you of somebody in the sixties
I knew it was on when our God was shown
But I was caught up in the mix of some glittery shit
A.T. him and Mase makin' mils wit it (damn!), I ain't mad
But that shit wasn't me (nah), had to get up off that
Jewelry and Cristal, couldn't talk that
They my niggaz though, I ain't mad, I ain't hatin'
To this day him and Busta got the best show (word up)
Ya know I'm sayin' yo f*ck yo yo yo, yo feel me though
Back wit my niggaz, Double R
Before X blew it up, before Eve was a star
We are the streets, they couldn't wait for it
Interscope couldn't wait to get a plate for it
Grammy night, couldn't wait to get a date for it
Not, we sold over gold
Finally reached platinum status and near that is
Still in the hood, still tryin' to learn the biz
Jadakiss dropped a solo they lovin' his voice
I'm lovin' his shit but the hood thought it was moist
Styles P dropped Gangsta and a Gentleman
Hard, no need to speak but the promotion was weak
Sheek never had solo plans
Till I dropped a freestyle in the studio with some a my mans Lobson tweaked that, Mario leaked that
Your shit hot you could bring the muhf*ckin streets back
Nah, I dunno I'm just tryin' get a label
Sit behind the desk you know, watch a lil' cable
Put my lil' man out, throw a few grand out
Get into some pop music, put a rock band out
Got wit my nigga K, Kool and Whop
Green Lantern had my shit on the block (Hold me down)
Killed it in Flex now these labels tryin' to jump on our cock
If we could get Sheek album we'll sign D-Block
P and Kiss was like f*ck that we gettin' you off
We up in there, the rest of these labels is soft
Mario had a meetin' or two
Brought us to the U-N-I-V-E-R-S-A-L, what up Sue?
Y'all aks for it now I hit you in the head
I will sleep in my bed you don't woke the dead
Feel me you keep truttin' I'm a hit you wit the lead
And leave your whole shit flatter than the first broke head
Thanks to y'all niggaz it couldn't be
Without Envy, Whoo Kid, Kool Kid and Ron G
My nigga Enuff, S&S, Capone
Chubby Chub, Sight for Sound and it's on

[Outro (talking)]
Wordup this street shit right here mayn
Ya know I mean?
I love y'all niggaz dawg
Y'all made a lot of shit possible
I gave y'all the heat, y'all distributed the shit
Y'all bumped that shit, y'all had faith in this shit
That's why I love y'all shit
Whatever y'all need I got y'all niggaz dawg
D-Block. That's street promotion right there man
Na mean? Real respect real, hood respect hood
Gangsta respect gangsta, gangsta got no love for p*ssy
Yeah, Vinnie Idol, ha ha, Vinnie
This shit is knockin daddy, yo da next one
It's on. Yeah, D-Block!
I love y'all niggaz. One
Whoo! 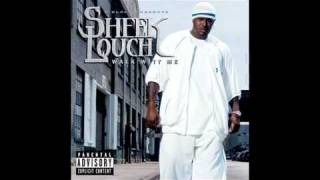