He came in the way that good things come
With the lights shining in his eyes
And most people thought he was another little babe
That wrinkled up his face and cried
And then one wise man, two wise men, three wise men
Come afrom afar, and the many colored men knew
This was a special child
And that's why they followed that star...

He come east and west then he found himself
In forty day and forty night
He gave a lot of love to everyone he met
And he told them that the way was right
And then the people drew near, said they want
To hear what's all this talking about
And everybody loved that man so much that
They wanted to laugh and shout...

But a bunch of people said he had the wrong idea
So they told him to forget that thought
So a secretive society came about
And they were looking for the love they sought
And then the people in power said We gave you an order: go back and be a carpenter
But the shining in his face
Told him he was right
And so they put him on a cross right there.

Now he's been gone for a mighty long time
And we've forgotten what the man had said
Look at your life in the right direction
And be sure to look inside your head
And when you get around your Christmas tree
Be sure to give all you can
Because the more you're gonna give
The more you're gonna get, to be a woman or a gentle man
Now Christmas and Easter ain't the only time
That we should be that way
Love all the people and help your neighbor now each and
every single day
And when you do that, you feel where it's at
You'll feel what I'm talking around
And then the whole wide world is gonna live in peace
And everybody's gonna be found. 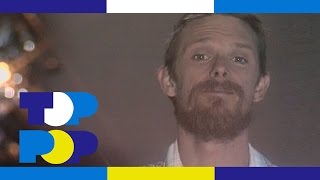