Who is like him? there is none
Triune, holy three-in-one
When all is said and done
God is amazing, amazing

His power cannot be compared
Exhaustive knowledge none can share
At all times everywhere
God is amazing, amazing yeah

Unlimited, infinite, universal,
Self-evident, this prince is the newest purple
Reigns suspended in glistening beauty circles
Uninhibited, through his spirit a new reversal
No rehearsal - yeah, it's a paradox
But god's omnipotence isn't hidden behind a mega-rock
That he couldn't lift; these critics better stop
New internal physics exhibits he made the petawatt
The sun's energy, atoms within a laser
Adam needed an angle, jesus became the center plot
Now that could be geometrically or cinema
Descartes or demille, emphasis on the "metaphah"
Or metaphor. you get the picture
But consider the depiction of this power, is it fiction?
Does it take prophetic vision, or religion to envision?
Philosophical spiggity speculative admission?
Nah, he's god anyway, we'll never break
His code to regenerate, then create, in the face
Of death, in comprehensive grace. meditate
Venerate this deity speaking degrees centigrade
Now that's cold ain't it, better than joe namath
God delivers on his promise, you can quote jacob
Omni-potence, omni-benevolence
Power, preeminence, bow to his excellence!

Who can fathom his understandin' that fastened the sun to vanish
And fashioned the other planets, imagine it from his vantage
Inhabitants under famines, havin' a stomach famished
He's not missin', if it's happenin' it was managed
With god's vision; his non-endin' cognition
Called omniscience, is harassin' the under-handed
(how?) he sees into the plight - a view of each conscience
And reads into the mind, perusing each thought, when
Even dudes that lie, then move to keep cautious Heed to ruthless crimes they do, then he hearkens
Peekin' through the blinds of fools in departments
Where evildoers hide in gloom and deep darkness
He knows the future, we see the point is certain since
All things happen by his pre-appointed purposes
Even on the earth was his knowledge so impassable
We see jesus knowin' both the possible and actual
Whether boastin' in sin or holdin' it in
He'll expose in the end because hearts are open to him
This theme's addressed in god's word
Observe proverbs 15: 11
Though he knows innocence, the vast and the minutia
He chose an affliction that evidenced true love
Witness omniscience - wrath fell on his true son
Being crushed for sins, past, present and future

Question: who is the real treasure and worth?
Answer: the lord, who fills heaven and earth
God in his essence
Is infinite, transcendent, unlimited exhibited in omnipresence
All things before his eyes are laid bare
As he governs the earth and skies with great care
There's not one sector or section
That's undetected or left unaffected by his perfection
So i don't even need to smell the marijuana stench
To know my god is deeper than the mariana trench
The calculation is 36, 000 feet
Below sea level- about 7 miles deep
If you got to the bottom without imploding from the weight
God would be waiting there saying, "yo man, you're late"
In the farthest galaxies, my god has the glory
Because distance for god is a non-category
Amazingly, god is able to be
In haiti and greece, jamaica and sweden
Barbados, new zealand, lithuania, egypt,
Malaysia, tunisia and the arabian sea simultaneously!
Before him everything is naked and exposed
That means there will be no escaping for his foes
God's presence in his wrath will torment the sinner in hell
But those who trust christ- with them he will dwell
Forever 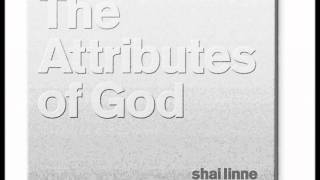 check amazon for The Omnis mp3 download
these lyrics are submitted by musixmatch2
browse other artists under S:S2S3S4S5S6S7S8S9S10S11S12S13S14
Record Label(s): 2013 Lamp Mode Recordings
Official lyrics by