There's a tall, a mulatto, boy, I know
And he comes to every party, he stands alone
In viewing them the rest, a corner of his glance
It gets so clear, he's not judging anyone

The way his arms float around his cage, he's caged
Canary sings, silently brings his voice to rage
The way they stop and stare, the way they turn their heads
It's enough to make him want to run away
But he stays, he stands his ground

And I, I'm so damn lame
The way I condescend without ever knowing his name
He keeps it in a box, hangs it from his ear
Looks at everyone without the slightest fear It's making me so ashamed

Slender body, slip through his glance, I don't give it a single chance
The way he's rocking back and forth, makes a buzzing in my ear
Constantly reminding me that I never stop to hear
Him say, hello, hello

And I am, I'm so damn lame
Like a moth bumping off his godless flame
I cannot condescend, even apprehend, what comes over me
When I see his shameless face 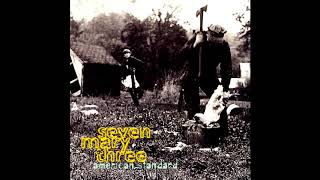