Prairie Dawn: Since "K" is the next letter,
Herbert Birdsfoot will now recite his "K" poem.
So listen to the words that start with "K-uh".
Herb: I don't want to.
Oscar: Why not Herb?
Herb: Well, because everyone says it's silly.
All of the other Muppets: Oh no!
Grover: Oh, Herb, that's not true.
Herb: Yes, you'll all say it's silly.
Grover: Herb, we will not now.
Herb: You won't say it's silly?
All of the other Muppets: No!

Herb: Oh, OK
There once was a king from Kalamazoo
Who had a kicky kangaroo
Now the kindly kangaroo named Kay Played a keen kazoo both night and day
'Twas the kind of kazoo that went koo-koo
Koo-Koo Koo-Koo went Kay's kazoo
And when the kindly king of Kalamazoo saw Kay the kangaroo's kazoo
He said right here in Kalamazoo, we'll build a zoo for a kangaroo
And so when you are passing through
Stop by and you can listen to
The Kalamazoo zoo's kangaroo play koo-koo-koo on her kazoo
Big Bird: I hate to say this Herb, but do you know what?
Herb: What?
All of the other Muppets: That's silly! 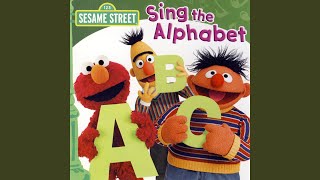