We're comin' through the heart of the webcore,
breaking through the back door,
world dance floor is in store.
This future primitive vibe is definitive
to make you step, step it's instinctive.
Giving, what I have to give,
living, how I've always lived,
so try and be alert and keep listening,
'cause I'm sick of being treated as a second class citizen.
Roughin' it I've been sufferin' for it for longer
than any man needs in this disease,
misrepresentations,
the sad collapse of a thousand nations.
The meaning of the word is vital,
thats my recital. Gonna make you think a bit,
about how a word gets said in truth
and how the f*cked up people keep changin' it.

Won't somebody tell me, what is going on.
(ahh you'd better tell me now)

See, a wish on a dish or a coin on a plate
is no ticket to heaven or any such state
and I relate, the symptoms of this society,
to which lack of sobriety a wide variety of factors...

They think the world is a stage,
so they've all become actors.

Live and renegade, breaking down the barricades,
crashing the barriers, truth message carriers,
breaking a mould, loosening a hold,
by not just doing what we're told.
Yes the same old stuff going through and through,
people finding it tough to think of things to do, and if
the will was there and the motivation,
more people get ideas above their station.
Switch the points go further down the track,
you gotta move and that's a fact Jack,
take a sip from the wisdom cup,
and speak your wise mind up. See
the key is there, some have opened the door,
making their own time,
setting their own score, making love, giving love to the people around them
despite of what surrounds them.

Fashion is something so ugly
it has to be changed every 15 minutes
but style is something versatile
and in the way you move and in the way you smile,
and I'll stress the point, time to blow the joint.
Expose the pose to keep you on your toes.
Mind revolution soul evolution,
the final conclusion to all this confusion.
Not packing a knife or a gun or anything man
'cause I'm not that threatening.

Some go the left way, some go the right way,
down in their soul, they can't see where or why or what
they're gonna say
when they get asked something fast in a word way.
Hypnotised, mesmerised but no wiser than before,
they can see the shape of truth for years
and still not suss the score
and what is more have no conception
of the connection between themselves and their
biology, environment, economy, technology
and inner soul.
Kicking outta control,
they're shootin' wide of the goal.

Won't somebody tell me what is going on?
(ah, you'd better tell me now)

And the force of course is left behind,
so the coils of their mind cannot unwind,
too see, and it becomes evident,
that they're willing a vote for a president,
or a prime-time minister,
some sinister system they've got set up,
and now, you'd better get up,
break the chains of their structure,
by not lettin' it corrupt ya.
Ladies and gentlemen this is the score as we see it
brothers and sisters it's time to with it,
c'mon so lets hit it. 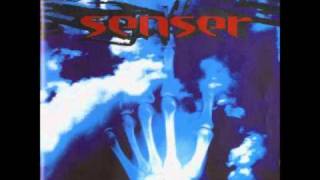