[Verse 1: Sean Price]
Stupid nigga Sean, super nigga, uh
Dawk! (Dawk! (Dawk!))—I'm shootin' at your moms
I ain't right in the head
Tuh, I aim right for your head
Nigga, murder, death, kill ("Nigga"), sex, money, mayhem ("Nigga")
Morning murder with a weapon, steppin' to the A.M
Believe in me, pa, the same way you believe in your god
Whether it's Allah, Jesus or Master Fard
I mastered the bars, blasted ratchets splatter your car
Vehicular homicide, f*ck's the matter with y'all?
I will pop your noodle
If I don't do it then Rock will shoot you
(Hehehehehe)
One smack and you look bad
Backpack rapper strapped with crack in my bookbag
I'm a nigga, that's what niggas do now
Wouldn't you like to be a nigga, just like who?
P
[Hook: Sample]
"Stand up if you're a nigga, hey!"

[Verse 2: Ike Eyez]
Yo, ghetto rock stars
Guns, no guitars
Throw some blow on the table
Bitches dancin' on the bar
Nefertiti on the cable, piff comin' out my pores
Riff full of sniff, got you twitchin' at the jaws
Went from dodgin' D's to the Florida Keys
Secrets keep me from sleepin', I need more sour D's Fine tapestry at the gala in Napa
Sallie had a one-track mind to be the queen of a trapper
f*ck rap, I tuck packs in my briefs
That wack shit go against my beliefs
LT on the LP, iron on the mic
"Who the f*ck is Ike Eyez?" Nigga, f*ck you likewise
I ain't shit, my daddy wasn't either
My mama told me different but I never really believed her
We just wanted to be B-Boys, the ABC's of bein' a D-Boy
In Bucktown, if you down with Ruck, you Ruck down

[Hook: Sample]
"Stand up if you're a nigga, hey"
[Verse 3: MF DOOM]
Pa'l carajo, cantaso
Vil', you know the drill, mad drool then gargajo
Shoot the loogie, they super boujee
Gobsmack dab right cheekbone, gooey, groovy, cool
Absolutely yucky, out your league, buddy
Before you take a stab at it, think deep and study
Or get your crown spun around like Black Hawk Down
Surrounded by the natives leakin' hatred till the ground in town
Then freak show, never no beef though
Deepthroat their coquito back and forth then—(Whoosh!)—free throw
Feel the tension, prepare the trenched in henchmen
They all eat quite well; vacations, pensions
Ahem, gotten hoarse from yellin', "Fore!" on the golf course ("Nigga")
Scream boat, then he sped off in a dropped Porsche
DOOM on your hot sauce, take you out to deep water
Group hug, who know the next time you'll see your daughter?
Real slaughter 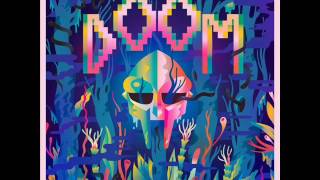