So Nice
Scribe
Say It Again F.R.E.S.H. Too Late Babygirl A.w.o.l Don't Look Back My Shit Stand Up Not Many My Lady
So Nice (feat. Ladi 6) video Scribe twitter


Yah, yah. I said I'm so high,
Put me on this year we number 1,
Possibly a cheers never thought we be up in here.
Christchurch city so pretty in the summer time
We drop a summer rhythm and got to be double time.
So high lazy eye down for whatever, uh, uh
They know I'm better then the 19th letter (letter)
As to the shizzy, a rizzy, a busy man,
Can rap to get dizzy cant get busy as the way I can.
I'm well known to expand on ya
I'll leave you touch with out even laying a hand on ya.
Ya know the who, who, yo we coming though (though),
Represent my crew (crew),
Taking you on a ride a ride is like.

Yo, I heard about it back in '86,
When I went to school with Voodoo Child, Spex fam' and Ladi-6.
8: 30 sharp at the alley on Carisbrook
We might be late yo but we have to wait for Cook.
Back in the day you no my brother was the man then,
Battles came to and then when he drop his hand stand
Could never tell her how I felt about her.
I just keep it inside me while the other people crowd around her,
But I was in the back
Thinking a little wack
Scheming on a way so I could make contact.
We fell in love in the struggle over the wrong rap,
Round the time I got caught stealing from the top rack,
She encouraged me showed me how to stop that Made me realize that I was chilling with the wrong cats.
So just for you I sat down this write this song phat,
Just to let you no that Scribe is back and on track...(track)

I do this for my fam' even Geoff saw you did stand,
Pre 23 little pom from Peter Pan
My brother T, Ju Ju most importantly my Mum and Dad,
Spex fam' and Ladi-6, the sisters I never had.
Things I'm so bad that the Scribe got a pen and pad
This year we are taking over, ain't no more holding back.
Shout to my cousin Jazz Reece, Quita Anuheara
My aunty Helen, Peter, Tasmo, Janet and Anita.
And to the Smithy', s Anorto and Giddy
Elaina, Jonny Solomon, Ebalie and Libby
And all the Simpsons, mmmmm
Paulina and Henry, Lily, Jordan, Danni you easily live to infiny.
Just know you with me no matter what I do-do
That's goes for you my healey you just the intire two
It's my intire crew you could never stop it, stop it.
Yeah... (laughs)
You know

Woo-woo anyone else I forget
Too many to name but you know who you are,
Most importantly I know how you are.
Yeah. 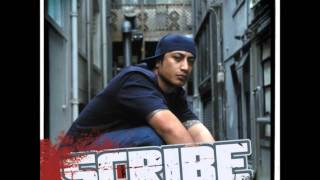