[Chorus]
Wooh wooh
Feeling so cold
Ice it be hitting I can't let it go
Wait, drip on my clones
Mask on my face when I smile it don't show
Nigga, watch what you sew
Demons be lurking, they came with that pole
Stop
Live by the code
We move in the night time so nobody knows

[Verse]
Still in my zone, still got the stacks
Leave me alone, I'm counting my racks
Just turned off my phone, it's moving to loud
I got a new number, the 20th now
Moving too fishy then I switch it up
I'm not friends with nobody your buddy's a dub
Yeah my circle is small but Hell I got enough
I'm too grown for the bullshit
My sphinx is enough, wait
Still got the racks in the bank all I think of is cash
I should rid it and leave
They might be some gas in tank, if a nigga want smoke then he better be beast
Slow down I really be rapping I really be killing with ease
I see they biting the pattern they look in the mirror wishing they were me
Flow is on ten it's so sickly
You niggas not keeping up with me
I get up and follow my instinct
I told you I'm going the distance
I bagged up the game and then ran wit' it Double then triple up the ranks init
They say that I'm moving too fast wit' it
Until I silence the lambs init
Let's all drop the actin' now the game is ruined
Most of them all love it but I hate to do it
Speaking is my strength and yet I hate to do it
Scary at my best, you know I'm f*cking ruthless
These days I've been feeling like an Action Man
I don't want advice I want the master plan
You move out of spite and you get f*cking slammed
I know I'm the right I left the other hand
My psychosis hurts emotions
Yeah I'm sure we know this
Had to close it, so attrocious
On my next league goat shit
Find my solace, bagged and sold it
f*ck it I don't own it
Scar is glowin', yeah it's showin'
Niggas where my soul is

[Chorus]
Woo, woo
Feelin' so cold
Ice it be hitting I can't let it go
Wait, drip on my clones
Mask on my face when I smile it don't show
Nigga, watch what you sew
Demons be lurking they came with the pole
Stop
Live by the code
We move in the night time so nobody knows 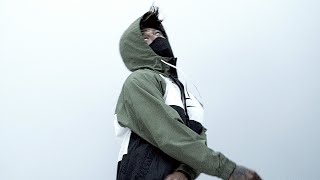