Away With The Fairies Lyrics

Away With The Fairies Lyrics


Tall, graceful, beautiful and noble, masters of all arts and alchemy
The tuatha de danann ruled Ireland until the coming of the Celtic people. Retreating before the rougher ways of the invaders. The people of Danann (or Danu) Inhabited the high lonely places, eventually disappearing under ground in their fairy forts, and the hills like Cnoc medha (or hill on the plain) near Tuam where Fin Bhera , King of Connacht fairies lives with Nula , his queen , and a host of the Sidhe.
Called "Fairies" "the Good Folk" " the Gentry" "The wee Folk" or Sidhe(pronounced Shee) they love feasting , singing , dancing and music. Whenever they play their pipes you can hear their music as clear as day and it is the grandest kind of music. It may last half the night but once day comes it ends.

Twilight, dawn, May and November eve are all times of the change when the mysterious entrance to the world of the fairies may become visible! A Human who becomes enchanted on hearing fairy music, and dances all night on the hill will never return to the world of the humans and is referred to as being "away with the fairies" A twinkle of light
Coming down from the mountain
A wonderful, magical
Sound from the hill
A sound half-forgotten
But still here inside me
It calls me s gently
I shiver and trill
And we'll dance all night on
The hill

We can go to the world
Of the legends and twilight
The world of the wee-folk
The fairy, the sidhe
If we dance to their music
We'll stay there forever
In the misty oul' moonlight
The dawn of the free
And we'll dance and dance and dance
And dance
We'll dance all night
On the hill 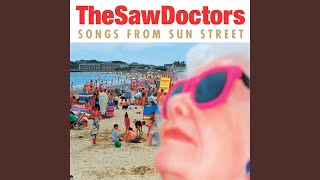