Fitlhgrinder, no-love machine, cleaner
unknown to remorse and pity
cynical, electrical f*cking murderer
What a scenery, the heavy pulsebeat of the
Unholy Alliance and the white fear
Take a look around and understand, (that) your days are numbered
the demon on the Wall and the ticking clock
closing in (on that final) grasp for air, do you still believe?
The future beast is rising and tyranny has come for 777 years
reach out for mercy, it's just a bygone anyway
Filthgrinder - practice aggression
Filthgrinder - protect the wealth of the Elite
Filthgrinder - tremble upon the ugly
Trueborn creature, twist that Firm grasp of yours
like in days of old
He can feel it, he knows they can't to be in league with the underworld can't be mistaken
you don't believe, you know!
He chants a primitive gospel, so very hard
Yeah!
The mechanisms of destructive behaviour can be an artform in itself
The beast risen represents no so called dark mercy
evil knows no good, good knows no evil
but a saviour he is in all forms, but religious
a Grand engine carrying years of built up Hatred and Powers.
You know that, isn't that why I can smell your fear?
Your heart trying to rip its way through your chest
Fitlhgrinder a beastified being risen form the collective
hatred of an oppressed people.
A people representing Pride, Dignity and Honour!
Explain lyrics
Correct lyrics 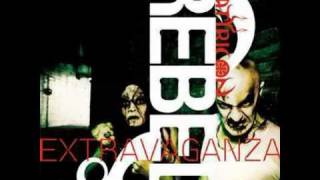