Go to bed late, then I have to wake
Get to work, keep it goin, can't stop, can't take a
break
Gotta get it done, in time for me to do the things I
wanna do
But in the time I finished it, it's time for me to talk
to you
And then explain what I do in my day, well
It's complicated and you say, "Pray tell"
And now we'll try, if I miss any details
Think about it later and send it in an email
'Cause my brain is on a loop, but there's a buzz
That I need to troubleshoot, not now
Gotta gotta get the work done
Last night, some other day is turnin to the first one
I, never gonna never gonna
I, never gonna never gonna
I, ain't gonna ever gonna die

I'm a just man, with a company van
And a supervisor who just does a summary scan
And a coworker who's always like "Discover me man"
In the morning we all get in the huddle again
Like "Can we even make more money"
I wonder what the luxury is really taken from me
I don't even have to worry (ha-ha-ha-hiiii)

All eyes on the small guys makin small noise
In a small town with the small music men
They're just fall guys, in the law's eyes Your voice is worth more than you know and you're not
foolin anyone
I'm not a con-artist, your pencil and promises is
eroding eraser tips
I'm sick of your colleges, expensive taste tester,
"Spit that wine"
Excessive waste, chest, butt; it's that time
For me to get randomly checked again
Bored until you're marked with a blood-red pen
Water bottle sittin in my pocket and I'm walkin with a
grin
Cause the liquid isn't permitted, I'm rippin up the
ticket
For the lady at the counter as confetti in her face
Shoulda never let me in this place
Fly, fly boy in the brownest state
I feel I'm never gonna be let out the gate, because I'm
the bomb
Yea I said it; cool, collected and calm
Maneuver through the computer to do a little song
My music got the charm, smoother than a cougar
Attack the mic and get on the intercom

Hello passengers, fellow activists, whether you're
masochists
Mellow pacifists, tell those faxin it, it's no accident
By the end of this record, you're gonna know

[Sage Speaking:]
I wanna kee- I wanna keep making things an-and death
really is
is uh not to be part of my eh-eh-everyday activities
It's not to be in my music anymore, I don't want it
there
It'll-it'll sneak its way in and out, but that's
that's, we're beyond that
I mean de-de-death only as a concept is what matters
and-and
god as a concept is-is-is one of those huge things to
me
And to you, I know you, I know youuh much better than
you think I do uhh
I hope we meet sometime, I'd love to shake your hand
and um maybe get a kiss
uh right there, on my face
And uh I don't know maybe have sex a little bit 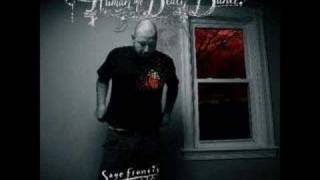